Who is the Creator? 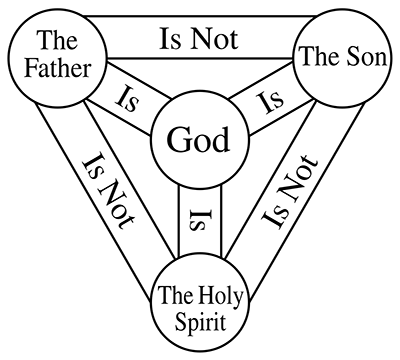 Who is the Creator? The Bible, which is God’s inspired account, tells us that “in the beginning God created the heavens and the earth” (Gen. 1:1).

And, who is this God? The Hebrew word Elohim, which is the plural form of God, is the name used to describe the Creator (cf. Gen. 1:26-27). He is also called by the name Jehovah (some pronounce it Yahweh or Yehuvah), often translated LORD. “This is the history of the heavens and the earth when they were created, in the day that the LORD God made the earth and the heavens” (Gen. 2:4).

God’s creation account also tells us that, in the beginning when God created the heavens and the earth, “the Spirit of God was hovering over the face of the waters” (Gen. 1:2). And so we see that the Holy Spirit, too, was active in the creation of all things.

The opening verses of John’s Gospel tell us: “In the beginning was the Word, and the Word was with God, and the Word was God. He was in the beginning with God. All things were made through Him, and without Him nothing was made that was made. In Him was life, and the life was the light of men” (John 1:1-4). And so, we learn that the Word, Jesus Christ, identified in verse 14 as God Himself in the flesh and the only-begotten Son of the Father, created all things and is the giver of life, both physical and spiritual.

In St. Paul’s letter to the Colossians, the inspired Scriptures say of Christ Jesus, that “He is the image of the invisible God, the firstborn over all creation. For by Him all things were created that are in heaven and that are on earth, visible and invisible, whether thrones or dominions or principalities or powers. All things were created through Him and for Him. And He is before all things, and in Him all things consist” (Col. 1:15-17).

So, who is the Creator? It is God, the God the Scriptures identify for us as God the Father, God the Son and God the Holy Spirit.

This is why the God of the Bible is often called the Triune (three/one) God, because He is one God and yet three distinct Persons. The Father is God, the Son is God and the Holy Spirit is God. Yet, there are not three Gods, but one God.

The Bible also tells us “there are three that bear witness in heaven: the Father, the Word, and the Holy Spirit; and these three are one” (1 John 5:7).

Though beyond our ability to comprehend, this is how God has revealed Himself to us – it is His account and His word. And it is this God who has created all things and given us life.