Can You See Jesus? 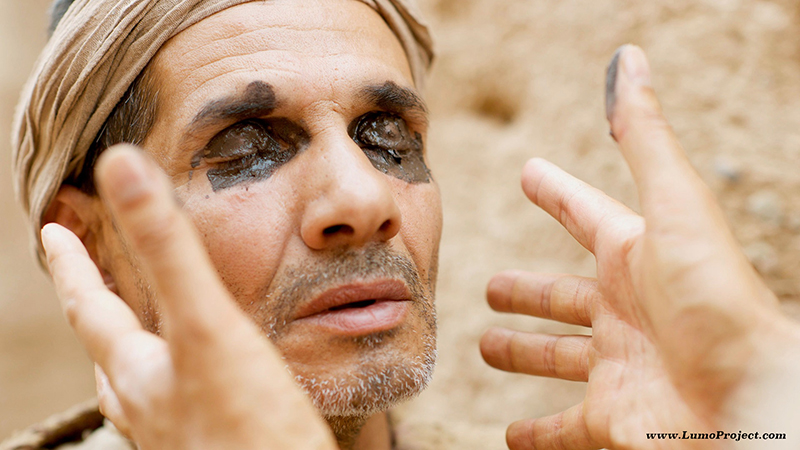 Could it be that your own opinions and beliefs are keeping you from knowing and trusting in Jesus as the promised Messiah and Savior of the world? Do you turn from Him and reject His mighty work as your Savior because He, somehow, doesn’t fit into your religious views and ideas?

When Jesus healed a man born blind, the blind man came to know and believe that Jesus was indeed the promised Christ and the Son of God spoken of in the Scriptures (cf. Ps. 2:7). But the Pharisees, even though it was indisputable that Jesus had opened the eyes of the blind (cf. Isa. 42:7), refused to believe in Him and had even agreed that anyone who came to believe in Jesus as the Messiah would be put out of the Jewish synagogue. Because Jesus had made clay and healed this man on the sabbath, they said He was not of God and called Him a sinner.

Thus, a man born blind was given sight — both physical and spiritual — and came to know and trust in Jesus as the Son of God and his Savior from sin. The Pharisees, on the other hand, though they could see with their eyes and knew of Jesus’ mighty working, refused to see and believe that Jesus is the Christ and the Savior of the world. Their own religious views and opinions blinded their eyes to the truth which was so clearly revealed to them. Thus, they forfeited the forgiveness and life Christ Jesus won for them.

But what about us? Do we let our own religious views and opinions keep us from coming to Christ Jesus in faith? Are we so convinced that God will accept us on the basis of our own religious works and righteousness that we do not see our utter sinfulness and the salvation Christ Jesus freely won for all when He fulfilled all righteousness for us and suffered and died on the cross for the sins of the world (cf. 1 John 1:7 – 2:2; 1 Tim. 1:15)? And if Jesus were to come to us today, would we reject Him if He did not observe our customs, or worship in the same way as we worship?

The clear and unmistakable truth revealed to us in the Bible is this: We are all sinners and have come short of what God requires of us; Jesus is the Christ, true God and true man; He fulfilled all righteousness for us; He suffered and died on the cross to pay for the sins of all and rose again; Through faith in Christ Jesus and for His sake, God is gracious and merciful to sinners and freely offers and gives them His pardon, forgiveness and life everlasting.

When God graciously opens our eyes and brings us to know and believe these truths and place our faith in Jesus, we have His pardon and forgiveness and everlasting life. When we shut our eyes to these truths and refuse to believe in Jesus, we die in our sins and will suffer the eternal torments of hell (cf. John 3:16,18,36; 8:24; Mark 16:15-16; 1 John 5:11-12).

Open my eyes, O Lord, and let me see Jesus for who He is and trust in Him for forgiveness, life and eternal salvation. Amen.